Iron is a significant part of the functioning of many systems in our bodies. The importance of iron is especially important in performing sporting activities, but it is precisely in athletes, especially in the endurance industries, that iron deficiency is present and even more prevalent than in the general population. The article reviews recent research on the topic and ways to find and treat athletes

Iron is an important part of the functioning of many systems in the body, which are involved in the normal functioning of the body and especially in the exercise of sports activities. Iron deficiency requires appropriate diagnosis and treatment, and in this article we will review the latest research on this topic, the most effective way to identify and treat iron deficiency athletes. 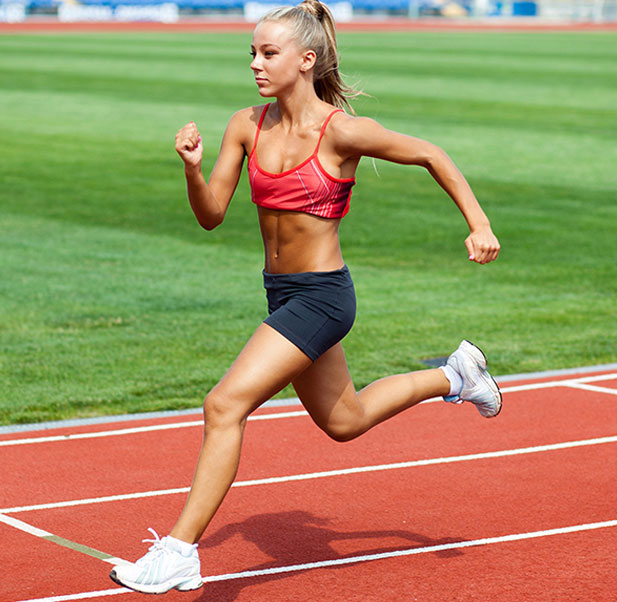 Iron functions in the body

The red blood cells (erythrocytes) form in the bone marrow in a process called erythropoiesis. When a red blood cell reaches maturity, it produces hemoglobin molecules (each cell has many millions of such molecules). A red blood cell lives on average for about 120 days, until decomposed, and when it breaks down, the iron it contained can be used. Hemoglobin is a protein composed of four protein units called globin, in the center of which is a ring molecule called “they” (Heme). At the center of each molecule is an iron atom, capable of binding one oxygen molecule, so each hemoglobin can bind up to four oxygen molecules. In addition to his role in carrying oxygen to all body tissues for iron, there are even more than 180 biochemical processes he participates in, including an important role in generating energy needed for the body (1).

Iron is not only found in hemoglobin. Muscles have a protein called myoglobin, which functions to transfer oxygen to the muscle. There is an oxygen atom attached to each myoglobin molecule. Another protein that contains iron is ferritin, which is found in many cells and has the function of storing iron atoms for a time of need, as does musidrin. Transferrin is a protein whose function is to transport iron in the bloodstream to the tissues. Because free iron is toxic to cells, it is always associated with one of these proteins, or the enzymes it requires for their activity.

Iron loss in the general population is estimated to be about 1 mg per day in men and twice that in women, due to the loss of digestive cells in both sexes and in women – also due to menstrual cycle.

Recent research shows that all these mechanisms do exist, but losing iron through them seems to be minimal and perhaps not even significant. Another mechanism centered on a protein called pacidin is probably responsible for the development of iron deficiency (1, 2), which we will expand on later.

Is Iron Metabolism Different in Athletes?

The iron that comes through the diet is absorbed in the intestinal cells and stored there. To enter the bloodstream, it is carried by a protein called proportin to the surface of the cell, bound to the transferrin and transported to the liver, where it is stored as parietin, or transported to tissues that need iron like the bone marrow (which produces red blood cells). The major factor in controlling iron balance is the losidin, which is created in the liver cells and regulates the iron output out of the reservoir cells. When iron is loaded or in response to inflammation, the level of losidin increases. When high losidin levels, iron is blocked from the intestinal cells and reservoirs into the bloodstream.

To some extent, any physical exercise causes inflammation in the body. The inflammatory processes and the repair mechanism that follows are the basis for the body’s adaptation to training. The extent of inflammation response depends on the type of exercise, its intensity and duration. Recent studies show that as a result of tree training, the level of losidin increases, thus blocking the absorption of iron in the intestine and blocking the transfer of iron into the bloodstream from the reservoirs (1). The opposite state of iron deficiency in reservoirs, or anemia, reduces the levels of losidin, which allows an increase in iron absorption in the intestine.

As mentioned, there is an increase in iron loss in sports due to intestinal microischemia, increased sweating, hemolysis and blood loss in the urinary system, but these factors do not appear to be the major mechanism. The results from studies show the rise of losidin, following the practice of tree sports, as a major responsible for inhibiting iron absorption and blocking its entry into the bloodstream (4-1).

As mentioned, in the state of iron deficiency, the absorption of iron from the intestine increases and vice versa, probably following the control of the protein Pasidine.

Most studies agree that iron deficiency, even without anemia, can cause fatigue, interfere with muscle function and limit its ability to work, jeopardizing the adaptability to exercise and athletic performance.

Lack of iron and performance in sports

Many athletes can watch the phenomenon of “athlete’s anemia” known as pseudoanemia Dilutional pseudoanemia. This is a condition where hemoglobin and hematocrit concentrations (red blood cell volume of total blood volume in the sample) are decreased due to an increase in plasma volume rather than a decrease in the absolute level of hemoglobin. The ferritin, MCV and MCH remain within the norm range. This phenomenon is common in athletes, and its scope depends on the time and intensity with which the effort is made. 15% to 10 athletes in endurance, especially those who exercise more than 10 hours a week, can expect such a management effect (an increase in volume while remaining at the same level). Such anemia not only does not affect athletic ability but even has a positive effect on performance (1)

The prevalence of iron deficiency in athletes

Various studies estimate that the prevalence of iron-deficiency anemia in women (girls and graduates) competing in various sports is estimated at 50% -20, and during the training season the rate may reach as much as 70% (9). In one study, which included a review of 359 athletes and 514 athletes, it was found that in sports that use combined energy reserves (aerobic and anaerobic) such as rowing, volleyball, handball and some athletics, there were higher rates of iron deficiency than significant aerobic branches such as distance running. , Triathlon, tennis and cycling, or quintessential anaerobics such as running and swimming for short distances and more (3)

The explanation given was the adaptive response of the muscle tissue to significant aerobic or anaerobic activity versus combined activity. In contrast, many other studies have actually found a high incidence of iron deficiency in endurance industries such as long-distance running, and in industries where there is a high incidence of eating disorders (3, 10-9).

The treatment of iron deficiency

The first step in the treatment of iron deficiency is through diet. In low iron reservoir conditions, the body raises its absorption capacity from the intestine, so consumption of animal-rich iron and plant foods may improve the iron balance in the body. As mentioned, iron present in foods within a molecule are (Heme) or free iron (Non Heme). The iron present in the Heme molecule has higher absorption rates. Meat, chicken and fish contain iron as both heme and free iron, while a plant-based diet contains only free iron. Keep in mind that free iron absorption in the intestinal cells is influenced by various nutrients, including absorption catalysts (such as vitamin C) and absorption inhibitors (such as phytates, oxalates).

If so, the recommendations for athletes who lack iron are as follows:

Blood tests should be performed two or three times a year to detect iron deficiency (especially ferritin) and refer the athlete to a nutritionist.

If no improvement in hematologic indices is found, oral supplements can be combined, at the same time, with the recommendation of a physician / dietitian. It should be emphasized that taking iron preparations can have side effects such as nausea, constipation, abdominal discomfort, and / or diarrhea. These side effects are usually not severe and can be overcome by switching the preparation or splitting the daily amount into two doses given at different stages of the day.

Because iron absorption and iron balance in the body are greatly affected by the amount of food, make sure that no high doses of iron are given. Overdose may:

Therefore, treatment with high amounts of iron is not desirable, and iron supplements should not be given when the iron is in good condition. When dietary intake is adequate and includes iron-rich food sources, a healthy iron athlete’s body will be absorbed in a quantity appropriate to the body’s requirements, including training needs (3-1).

As mentioned above, iron deficiency (without anemia) is very common among athletes, especially in the endurance industries but also in other industries. Here are the main recommendations for dealing with this phenomenon:

Want to know more about IronCatch? Find out about the new developments, latest offers and other related information about the iron supplement. Sign up now.
Copyright © 2020 IronCatch.  All Rights Reserved.  Powered by Top IT Marketing
Privacy Policy          |          Terms and Conditions          |         Return Policy